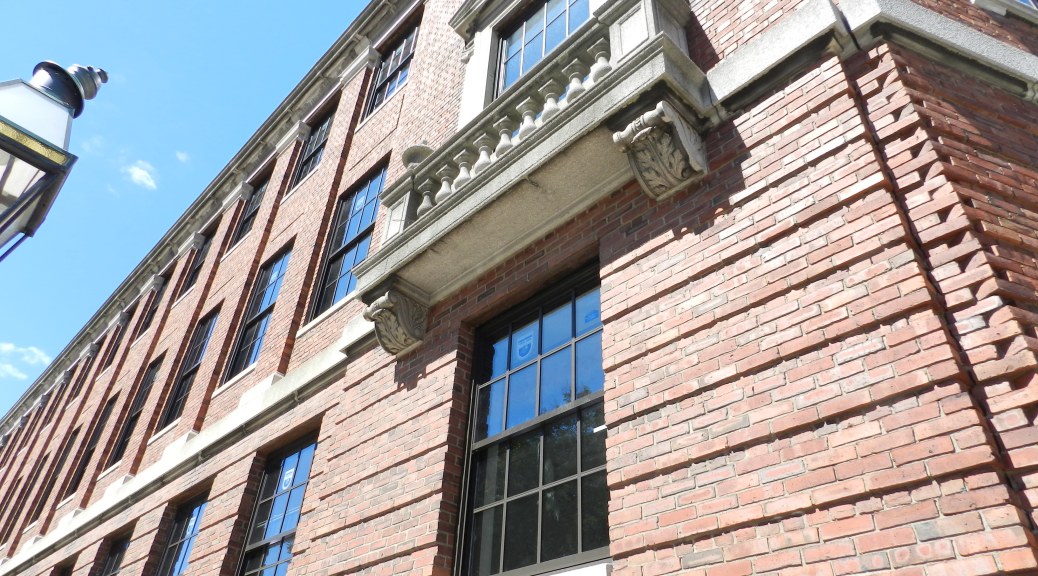 The North Bennet Street School (NBSS), America’s Oldest Trade School, has been a Boston institution located at 39 North Bennet Street in the North End since 1879. The school was incorporated in 1885 and has a long history of offering vocational training and forward thinking social services which continue through today.

After more than a century at the original location the school eventually grew beyond what the old assemblage of buildings (an ex-church, sailor’s retirement home, townhouses etc)  could fit and some of the programs had to move to other locations around the Boston area. In an effort to re-unify the school, update the facilities, and get everyone under one roof again the school embarked on an aggressive fundraising campaign and has now moved to 150 North Street in Boston (about 1/3 mile from the original location). This new building takes up a city block and has recently opened for the new school year. This new set of buildings once served as the Boston City Printing Press and a Police station. They sit above the entrance to the Callahan tunnel right on the Greenway. The buildings have a stately facade, are stoutly constructed and have an interior fitting for a school of this kind.

Wednesday night was the first North Bennet Street School Alumni Meeting at the new building. We had the opportunity to tour the new facility.I took as many pictures as I could with my iPhone and have shared them below as a virtual tour of the new building. This small set of photos do not do it justice, so I recommend coming by to see it in person yourself during this year’s open house events Nov 8-9. If you click on any of the photos below you can see it in a larger size and can also cycle through them like a slide show.

Front of the building complex which touches the Rose Kennedy Greenway

Architectural Details of the Building

Part of the new NBSS marketing campaign ‘Do what you love, every day’

Student work already on display in the new Gallery

Early NBSS Sign that we used to have in the PC dept. in Arlington

A violin in progress 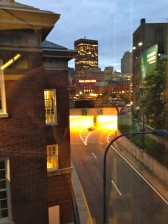 One of the many awesome views of Boston from the new building.

Human powered miter and mortising machines in the PC dept.

More models and kitchenette in the Preservation Carpentry Classroom 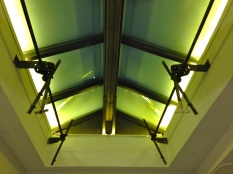 NBSS Feeling more like home — some of the many great sample walls have migrated to the new space.

One of the cabinet and furniture making bench rooms.

Entryway to the carpentry department

Nice view from the atrium.

Great indoor space for big lectures etc. I love seeing the old exterior facade exposed inside of the building.

As a graduate of the Preservation Carpentry Program and workshop instructor at the school, the old building will always hold a special place in my heart, but I am happy to see this new building come together as it took an incredible amount of work by the school and its many supporters to pull of this move.

You can learn more about the history of the school here and here.

A mix of hand tools and prep work this evening to plumb up the corner of the landing for the next post — a LN 60-1/2 low angle block plane was much better than using a belt sander
Yesterday’s progress — building a custom light box for under the staircase landing
I guess I have been using Pica pens and markers longer than I thought as I noticed my Pica Dry 3030 has been evolving — I have at least 3 generations now
Another newel post cut, finished and installed 🤩
Pica Dry and Pica Ink Refresh + new model 7070 precise
Installed a new kitchen sink faucet 🚰 looks great with the kitchen 🤩
Follow Rainford Restorations on WordPress.com