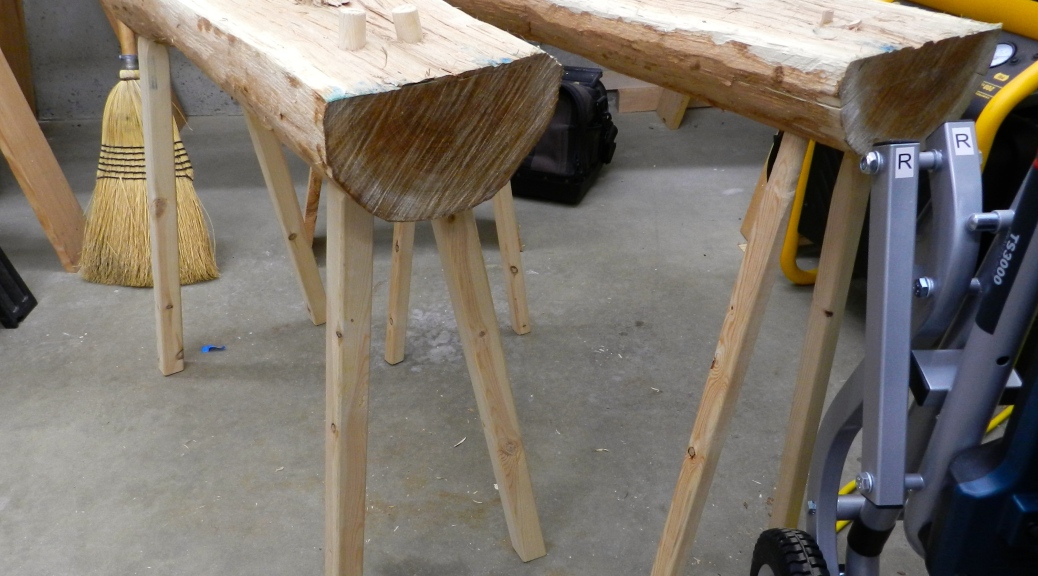 After living with my new hewing bench for a few weeks I finally got around to using the other half of the log. I’m glad things worked out this way as I made some modest improvements based on our time together.

The original bench was fairly solid — it could hold me standing on it and didn’t bounce around when I would strike it in a downward motion — but when I’d do something heavy and lateral I could feel what felt like a tiny bit of flex in the the legs.

Beyond the modest improvements called out above, I otherwise built it the same way as the first hewing bench. (Wedged tenons, wax sealed end grain, leveled legs etc)

The Verdict:
The new bench is rock solid and will be a workhorse in the shop. The new legs are nice and stiff. Having a pair of these benches in the shop has already come in handy as you’ll see in the next post.